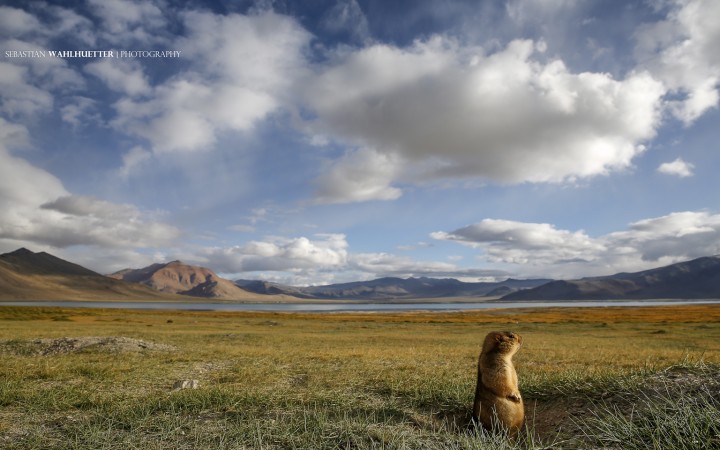 Featured as photo of the day @National Geographics. That is huge and a real honor for me.

Original provided text: “This photo was taken during a 100-kilometer [62-mile] trekking trip in Ladakh, India, at an altitude of 4,500 meters [14,763 feet]. I was at Lake Tso Kar, one of the highest saltwater lakes on Earth. I had been watching the marmots for a couple of days, and I was wondering if I might be able to get a close-up shot from a very short distance, covering not only the animal but also the stunning environment these creatures were living in. It took me one desperate evening and a very successful morning for the final outcome. With literally hundreds of holes it was quite a task of observation to figure out where these animals would eventually appear next.“ 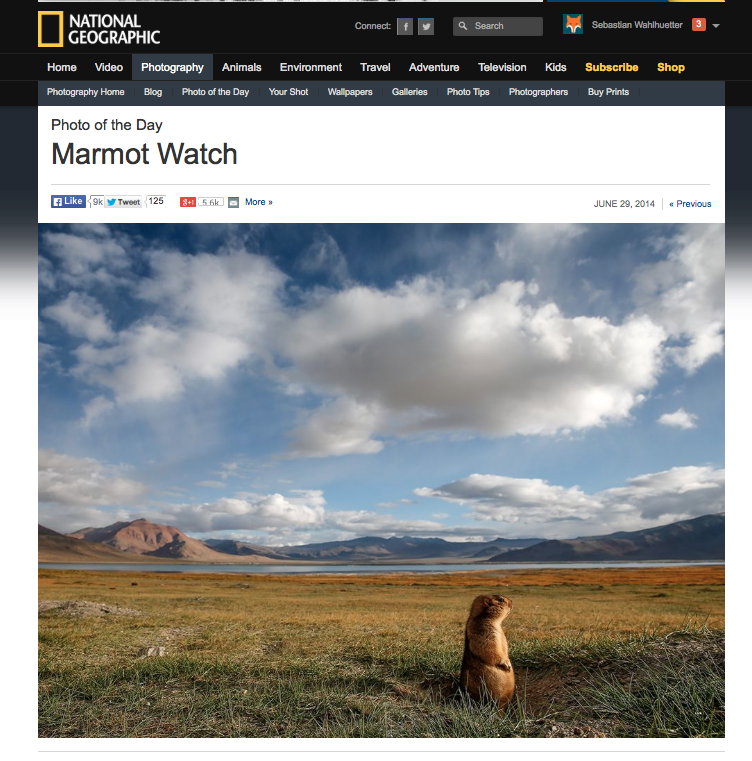 And here ere are some (more) details behind this shot:
–> The setting was a Canon 5D MK III and 24-70 ii @24mm, f/8, 1/400sec and a special mini-tripod which can handle around 3kg work load. And hiking in this altitude and this distances requires some sacrifices when it comes to the choice of gear due to weight control. This goes for the choice of lenses as well as for technical gimmicks.  Since I only had a wired remote timer I set an 10 second Intervall and put the camera on silent mode for not scaring the Marmots too much. And than endless waiting and hoping that my improvised setup will work! All in all it took me around 1 fruitless evening and a rather successful upcoming morning and voilà… 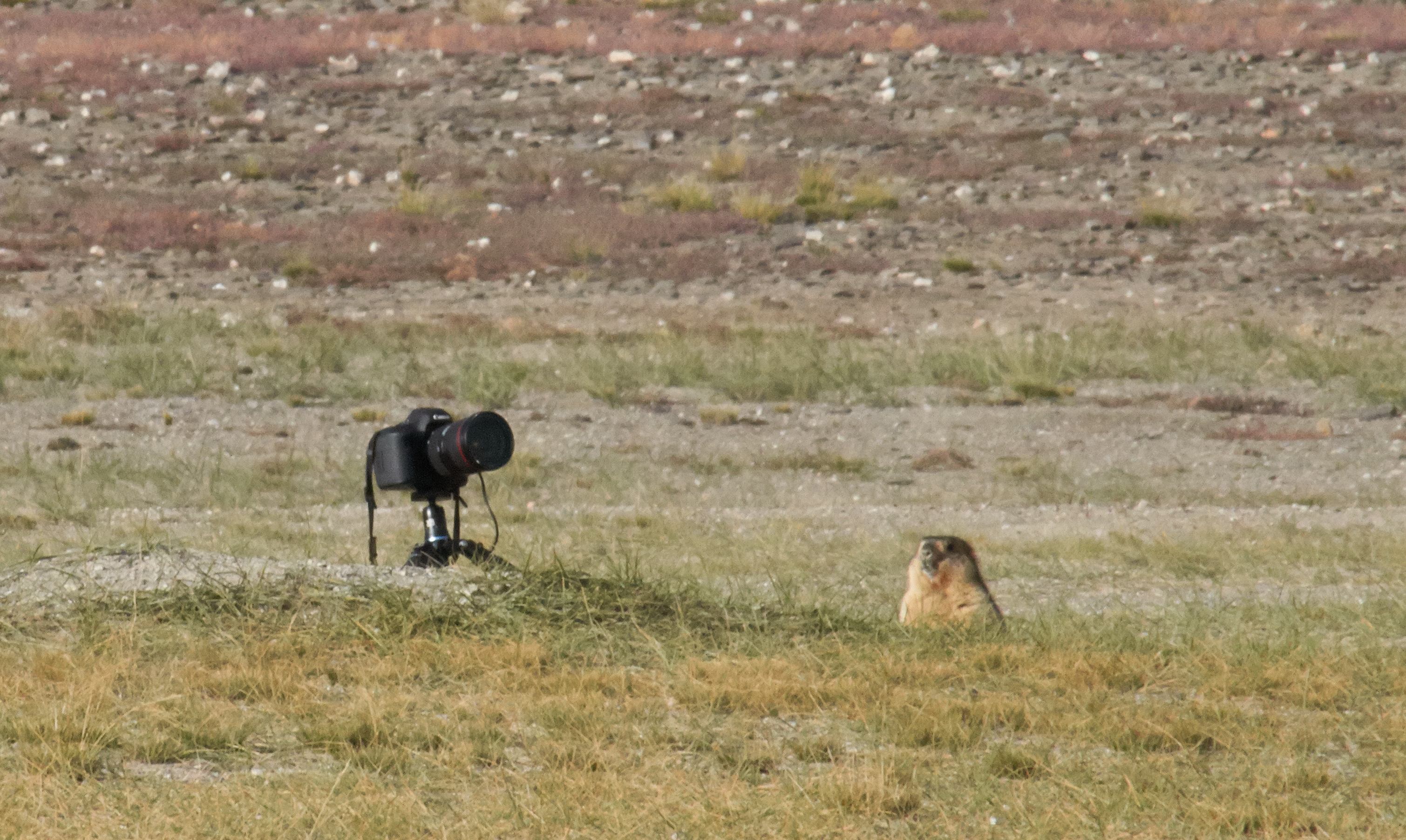 Link to the Photo of the day @National Geographic